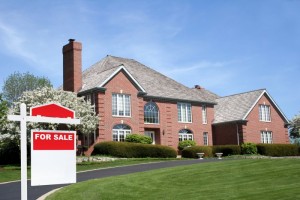 To Buy or Not to Buy? … That is the question!

If you thought you were out of time when it comes to taking advantage of the $8000 tax credit for first-time home buyers, think again!  So far 1.8 Million home buyers have qualified or will Qualify for the tax credit that was set to expire on November 30, 2009.  The National Association of Realtors claim that 335,000 or 18.6% of those homes would not have been purchased if not for the credit (not much vested interest there … right)!  Last week Congress gave new life to the tax credit that was set to expire.

The credit was extended until April of 2010.  In addition, a $6500 tax credit was added for for current homeowners buying a new home and who have lived in their house for at least five years!

Congress passed the new law last week and it was signed into law by President Obama on Friday.  The cost … 10.8 billion Dollars over the next ten years.  Along with the extension came a few other changes including higher income limits, age restrictions, and limits on new home values.

In addition to the extension Congress also expanded the incentives by including some current homeowners.  The tax credit for current home buyers is not retroactive.  Guidelines are as follows:

So … at a cost to the taxpayers of $10.8 billion dollars, how many more homes will be purchased as a result of these changes?  Does someone purchasing a home for $300,000 to $800,000 really need a $8000 tax credit and does $8000 even play into their decision?  Is this the same type of incentive (pushing people to buy homes they may not be able to afford) that caused the crash of the housing market to begin with?  With the economy beginning to improve is this type of stimulus really necessary?