It’s unanimous!  Baby boomers and investors alike love the Roth IRA account.  What’s not to love about having access to your contributions at any time or having tax free money for yourself at retirement or your heirs to inherit?  For as many as there are that love the benefits of opening a Roth IRA, there’s just as many that don’t completely understand how it really works.  What adds even more confusion is the new rules in 2010 that eliminated the AGI limits to do a Roth IRA conversion.  It’s easy to see how the rules of the Roth IRA account can get very confusing.

Here’s a quick rundown on all the Roth IRA limits: age limits, contribution limits, phaseout limits, and conversion limits.  Even though  the Roth IRA has several limits, it’s still viewed to many as the Superman of the retirement account choices.  In relation to it’s potential benefit for the long haul,  the Roth IRA has very few limitations. 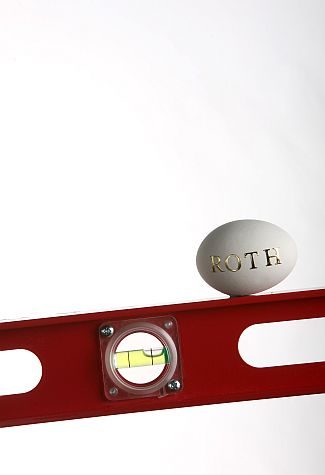 The Many Limits of the Roth IRA

The first limit we should talk about is the age limit- young and old.   There is no age limit for opening a Roth IRA.   Essentially, a minor can start a Roth IRA so as long as they have “earned income”.  Operating a lemonade stand won’t cut; either will washing your neighbor’s car.  The income has to be reportable to the IRS.  Same rules applies to boomers and beyond.  So as long as there is earned income, you can continue to add money.

Another perk for boomers and the Roth is the Required Minimum Distribution (RMD) limit- there isn’t one.  Where with a traditional IRA you are required to take out RMD’s at 70 1/2, with a Roth you don’t.  Very nice estate planning tool for passing on even more tax free money to your heirs.

The Roth IRA eligibility is not based on your gross income. This is where people can get a bit confused. The ability to contribute to a Roth IRA is based upon your Modified Adjusted Gross Income (MAGI) .  For those that don’t know the difference from the two, let’s break it down really quick.

Modified Adjusted Gross Income  is the amount you earn after calculations have been made in order to figure out how much your federal income tax obligation is . After you’ve file your taxes (or in the process of), just look at your form 1040 to see what your MAGI is.  This is the figure you should use when deciding whether you are eligible to open a Roth IRA account or not.  If you’re not totally clear, then consult with your tax accountant or financial advisor to help you sort it out.

2010 didn’t see the the phaseout limits increase that much.   Single filers received no improvement, while joint filers increased $1,000 to the bottom and top ranges.

For those that fall in the middle of the phaseout range, it can be tricky trying to find out how much you can exactly contribute to a Roth.  Below is three examples of how much you’ll be able to contribute based on your MAGI.  For the purposes of the illustrations, we’ll be assuming that is an individual filing single.

Example 2: MAGI is $135,000. Bummer!  Sorry Charlie, you make too much money to contribute to a Roth IRA. You still have the backdoor Roth IRA option, though.

Example 3: MAGI is $115,000. This is where it gets a wee bit complicated.  You might want to break out your calculators on this one or just follow these easy steps.

Whether you are filing as an individual or married filing joint, the adjusted gross income level of $100,000 will become nonexistent for the Roth IRA  conversions of 2010.  For higher wage earners, this is a prime opportunity to convert money into the Roth IRA to allow your money to have tax-free growth at retirement. In the past, there was nothing all that attractive about the nondeductible IRA. You did get tax deferral, but no immediate tax deduction and you still had to pay tax at retirement. The Roth IRA conversion event of 2010 now allows you to use a nondeductible IRA  as a backdoor way into the  Roth. If you are not eligible to contribute new money into a Roth IRA in 2010, you can open up a traditional non-deductible IRA and immediately convert it to a Roth.  This is especially attractive for boomers that have been putting off opening a Roth IRA.

As you can see, there are many limits when it comes to Roth IRA.   If you haven’t taken a close look,  it’s time you do.  It’s never too late to start a Roth IRA Account.

Don’t have an IRA yet? You can or Zecco account. Zecco is currently offering $0 stock trades. Another option is TradeMonster. Don’t delay – fully fund your IRA today!