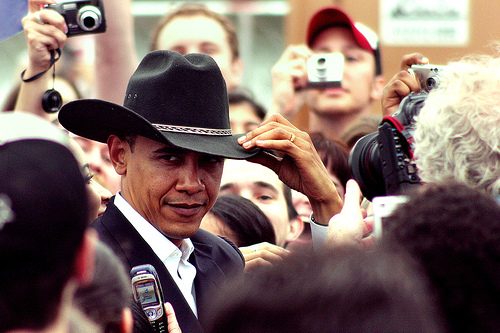 President Obama has made a strong run on getting the Baby Boomers on his side.   Many of his discussions are targeted towards the retirement community.  Obviously, with the state of the economy, baby boomers are on the edge of their seats, seeing how these new policies will affect them.   If Obama’s plan does pass, here’s what baby boomers can expect.

Employers that do not currently offer a retirement plan will be required to enroll their employees into a direct deposit IRA account that is compatible to existing direct deposit payroll .  Employees can opt out if they choose.  For those that need to be forced into savings, this plan can be effective.

I’m not sure how much difference this really makes.  The only thing this forces is for employers who do not offer a retirement plan to encourage their employees to save on their own.  It also forces the employers to tell them … and rightly so … they can opt out.  It simply educates and encourages employees to participate … if they want to.  I think the old saying goes, “You can lead a horse to water but, you can’t make them drink.” Someone told me that drunk is not the past tense of drink, but I thunk someone was drunk they thought this one up … Papa B.

Obama supports putting retirement plan promises  to workers higher on the list of debts that are protected in bankruptcy.  This would restrict the executive bonuses while protecting worker pensions, increase the amount of unpaid wages and benefits that workers can claim in court, and limit the circumstances under which retiree benefits could be reduced.

I believe we can all agree this makes sense.   Current bankruptcy laws  protect most employees from losing their defined-benefit retirement plans as explained in our recent article, ” Is Your Pension Safe When Your Company Files bankruptcy?”.  However, what exactly does it mean “to put it higher on the list of debts that are collected in bankruptcy”?  Right now the one debt that trumps all others on the list, when it comes to bankruptcy, is taxes owed the IRS!  Without the details of what this means, it is difficult to determine whether this is a real change or just another political statement.

Obama will establish annual disclosures to participants about pension fund investments, including full details about the project in which the fund is invested in.  The performance of those investments and appropriate details about probable  future investment strategies.

It is my understanding that annual disclosures of pension plans and fund investments are already required by law to all participants.  I know I received them every year for as long as I can remember, and continue to receive them in my retirement.  I am not sure that knowing about all the projects that the funds are invested in makes any difference since the participants don’t have a say in the fund management anyway.  Maybe it would make more sense to have full disclosure of exactly how our tax money is spent in the new stimulus package before it is signed into law, but that didn’t happen!  Papa B.

Seniors making less than $50,000 per year will pay no more income tax.  This could be some relief to these boomers, but most didn’t pay a significant amount of tax anyway.  Still not sold on this one.

The earning threshold of the retirement saver’s credit will be raised from $52,000 per couple to $75,000, and the credit would be refundable.   I would be curious to see the statistics on how much this class of wage earners actually puts into some sort of retirement plan.

It would be interesting to see these statistics.  In addition, unless this money was saved prior to retirement in an “after-tax” plan such as (401K, IRA, Roth, etc.), the money has already been  taxed once.  Any money saved after retirement has already been taxed as income at least once.  I have always considered this double taxation.  How many times should we pay tax on the same income?  So far, it is at least once when we earned it (income tax), and once again when we saved it and it earned dividends on it (income tax),  and also every time we spend it (sales tax).  I guess that is what pays for those that don’t ever earn it in the first place.

Obama opposes raising retirement age and opposes any privatizing of Social Security.  Those making more than $250,000 would see their contributions to Social Security rise.   Social Security is a flawed system.  I don’t see the benefit in taking more from the higher wage earner?  If they contribute more, doesn’t that mean they should get more in return?

I totally agree with not raising the retirement age!   The last time it was raised, it specifically targeted the Baby Boomers because of the sheer numbers.  The very group that paid the most into it may get the least from it.  It was also done in such a way as to “grandfather” in, under the previous lower age limit, every age group of the US House and US Senate members that voted for it.  Too bad they don’t actually have to depend on it anyway.  Boomers now are in control.  I wish the age could be lowered back to 65.  Unfortunately, our money has already been stolen for use in other unrelated social programs by the very people that raised the age limit to begin with under the pretense of protecting it.  All I can say about privatization of social security, is that if I was allowed to take the money that social security had taken from me, to pay for others, over the many years I worked, I would not just be retired, but I would be retired and wealthy!  Unfortunately, the next generation always gets stuck with paying the bill and then taking out debt consolidation loans.  Your kids and grand-kids are going to just love the new stimulus package!  Papa B.

Obama would suspend required withdrawals, and retirement accounts would kick in when participants obtained 70.5.  In addition, he’s proposing allowing those younger then 59 to draw up to 50% of their IRAs or 401(k) accounts up to a maximum of $10,000 without having to pay the 10% penalty for withdrawing early while income taxes still apply.

Current 401K savings programs have been a great benefit and proved to work well at encouraging retirement savings.  The penalty does encourage retirement saving and was part of the deal when the money was invested.  However, as long as income taxes are paid at appropriate levels at the time of withdrawal, allowing withdrawals up to a maximum $10,000 without penalty may actually encourage more initial savings into the program by allowing some access to the money.  That’s Papa B’s opinion!

What’s your view on these policies?