Michael Jackson, self -proclaimed“King of Pop” dies at the age of fifty.  However talented he was, most people (72 % according to most polls) had a negative opinion of him until yesterday when he died.   Now everyone loves him.  The news media has given up on all other news just about the same way they did when he was accused of child molesting except different.  This time they paint him as a god.  The news of this one man’s death trumps the Iranian protests in Tehran, Obama’s health care reform campaign and all other news we have had force fed to us over the last few weeks.

Now … according to the news … poor Michael was loved by everyone!  The world is devastated!  He was a “Global Icon”!  He was even compared to the genius of Mozart on the news this morning.  What happens now? 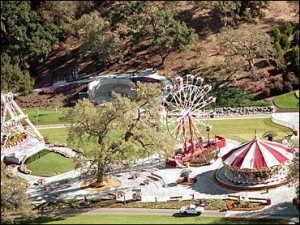 What happens to “Neverland” ?  What about the accusations of child molestation?   Did he really keep kids captive from their families at his residence?  What about drugs?  What the cute little black child that turned himself white?  What about his nose?  Did it really fall off?  Remember his sterile sleeping tube?

Michael Jackson was a true talent.   His music and dancing talents were rivaled by none.  He was even a bigger rock star than Elvis and the Beatles.  Possibly even a bigger rock star than Barrack Obama?  He may have been the most famous individual in history.  But …  ”loved by all”, he wasn’t!  He screwed that up about at least 15 years ago.  Until yesterday he was considered by most to be an eccentric freak, “a whack job” (sorry, no pun intended but he made touching your crotch on stage not only acceptable, but cool!).

Don’t worry it won’t end with the autopsy.  There will be plenty of his close friends and confidants, and even his paid security people who will come out of the woodwork to spill their guts and make a buck.  Books will be written overnight.  Millionaires will be made.  Heraldo and others will have been his closet friends.  I even saw Rev.  Al Sharpton this morning claim he was an  influencial leader among African Americans long before Barrack Obama and many others.