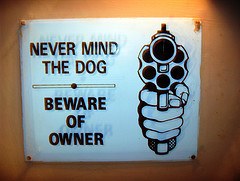 I really need to follow up on my last post “All Credit Card Companies Are Not the Same” with an update.  Unlike Roland Burris, Junior Senator of Illinois, I believe it is only fair to present all the facts.  One day after I posted my rant about Bank of America on www.consumerboomer.com, I received a call from a very nice gentleman I will call “Team Manager Kevin “.  He was very cordial and immediately identified himself and what he was calling about.  In all fairness, some credit needs to be given to ”Team Manager Kevin” for the way he handled my recent dilemma with an unjustified late charge.

He apologized for not calling me back immediately saying that he found the note, explaining my request for a return call, on his desk  when he arrived at work the following morning.  After reviewing my account information and the file on my complaint he decided to waive the $29.00 late charge.  He went on to say that it should never have been added in the first place, and this issue  should never have escalated to this point.

In addition, he apologized for the two other representatives I spoke with on the previous day.  He was firm about the fact that the two representatives should have handled this differently.  He said that it all should have been taken care of in the first call.  He assured me that Bank of America valued my business.  He ask if I had any further concerns or questions that he could help me with.

I was “blown away” and almost “speechless” (not normal for me).    It was not what I expected after the opposite treatment I had received from “Christopher” and his “Supervisor” on the previous day.

So, instead … I was stuck with thanking ”Team Manager Kevin” for his helpful assistance and told him I had no further questions.  That’s no fun!  What a disappointment!

I am thinking, I may just have been “Boom-Bazzelled” by one of the best … but he was good! He handled a bad situation well.  He left a customer who was very angry feel better (and defenceless).   He made me feel it was worth my call.  And, he made me feel victorious.  Now that is a customer service team manager on top of his job!

So … what do I do now?  As in the Saturday Night Live skit, I could just say … Never mind!

Not Papa B.  In retrospect, I do feel a little guilty for the full blown rant.  However, as much as I appreciate the way the return call was handled by “Team Manager Kevin”, I also feel that if the situation would have been handled properly by “Christopher” and his “Supervisor”  in the beginning there would never have been a rant or the the need for a return call … I also had such a blast writing it, I would have missed out on a lot of fun!

In summary, I am convinced there are good employees and not so good employees, especially in customer service.  It does makes a difference which one you get on the day you call.    At this point, I am not ready to say never mind, but in fairness, I did feel obligated to present all the facts and complete the follow-up.

“Team Manager Kevin” is good and deserves credit for handling the situation with professionalism.  Unfortunately, in order to speak with him, I had to first go through num-nuts “Christopher” and his “Supervisor “Mr. double num-nuts.  After that, I  had to call back and talk with “Scott” just to make sure that Mr. double num-nuts did what he said he was going to.  And, he didn’t!

So my final assessment is as follows:

Just because I was finally able to get an obvious mistake on the part of Bank of America corrected, doesn’t mean they still don’t suck.  It took a lot of effort and persistence on my part.  To read the original post click here.  Maybe they don’t suck as much as they would have, had they not hired “Team Manager Kevin”, but Bank of America as a whole, and compared to Capital One, still sucks!    End of Rant.  Papa B.