Looking for a tough, durable, cell phone that has the 3G features you need.  It’s here!

Just made available yesterday at Verizon, the Brigade is the latest in Casio’s G’zOne line.  The Brigade, new brother to the Casio Rock and the Casio Boulder, is a monster of a phone. It meets mil-spec standards for shock, vibration, dust, moisture, and temperature extremes. It is made from extremely tough materials and, consequently, weighs a little more  and is a little thicker than some.  It truly feels as though you could run over it with a tank. 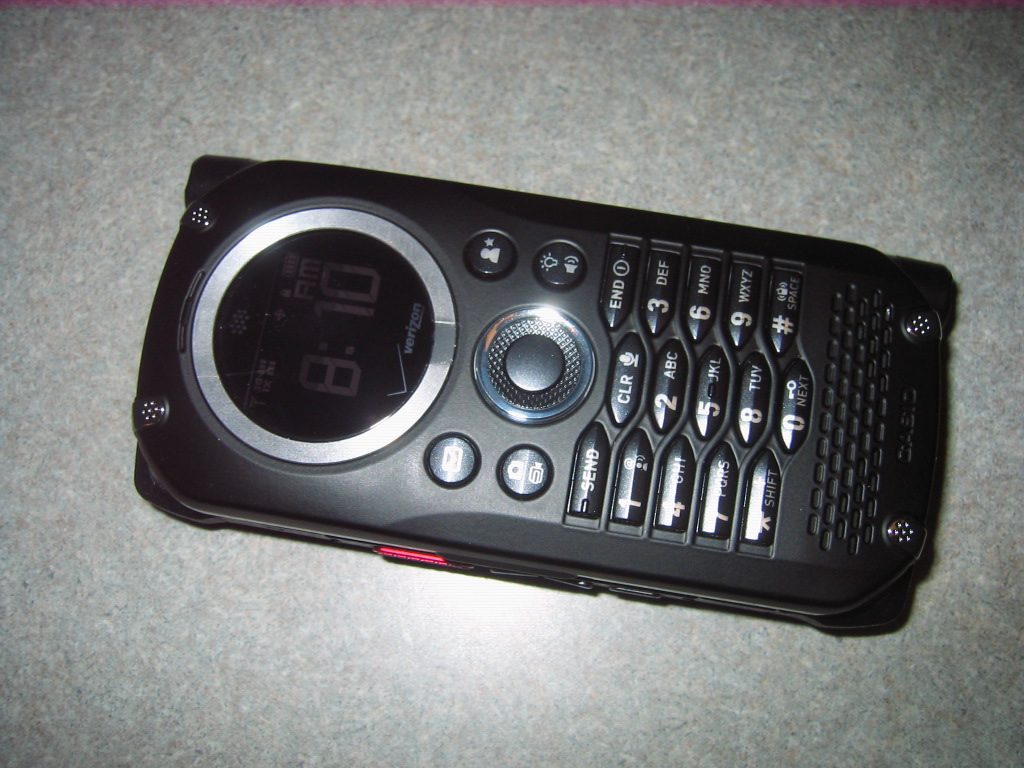 I’ve seen videos on YouTube boiling it’s brothers in a pot of water, freezing them in Jello, running over them with a car, throwing them off of buildings multiple times and like the old Timex commercials they keep on ticking.

The Outside of the Casio Brigade

The Casio Brigade carries forward the circular exterior displays on the front. It has a monochrome display with the time and status indicators. Beneath the external display is a full numeric keypad with a number of keys dedicated to specific actions such as the music player, camera and messaging applications. The keys on the front of the phone were easy to find, but travel and feedback were minimal.

The Brigade offers push to talk.  The button on the push-to-talk services, and the controls for that are on the side of the device.  And, the button is red, which makes it stand out nicely from the otherwise gray coloring.

The Inside of the Casio Brigade

Because the Brigade is a sideways clam shell, it opens up to reveal a secondary display and full QWERTY keyboard. This keyboard feels fantastic.  It has nice big keys that are nicely spaced, have a good shape to them, and provide excellent travel and feedback. 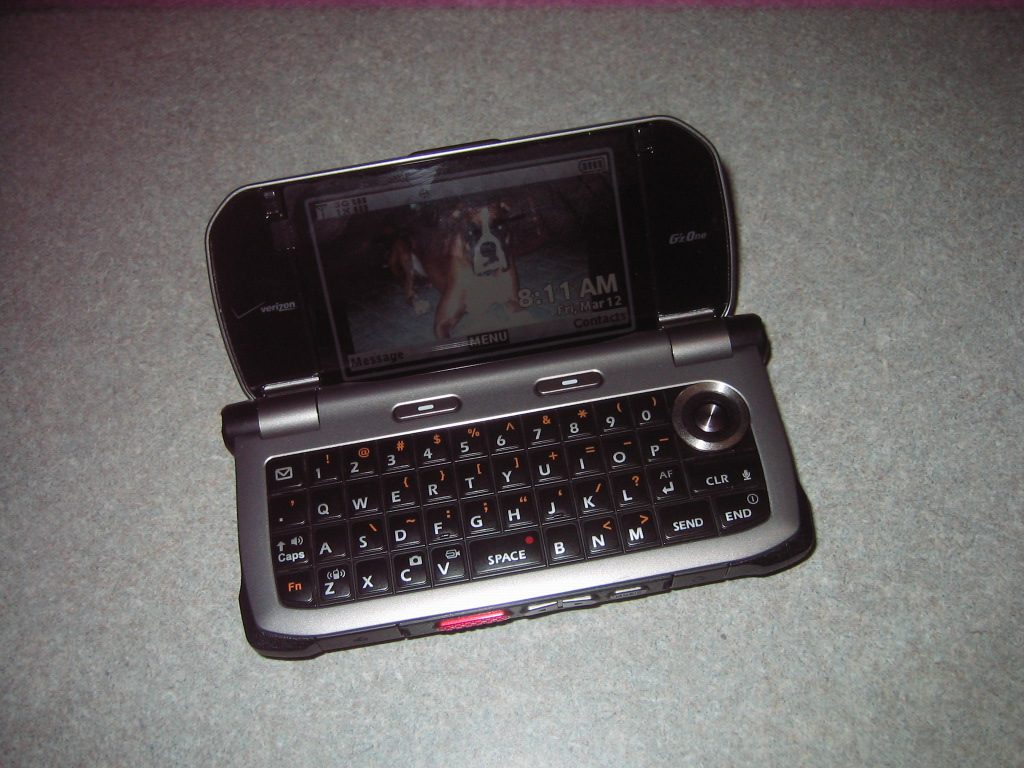 The interior display is generous, and looks good. It’s nice and bright and provides ample room to interact with Verizon’s menu system.

The Casio Brigade clearly targets the user who is working in an outdoor environment, the working man, or at least people who spend a lot of time being active and otherwise beating up their phones.  The Brigade brings a new form factor to that group of users, and gets most aspects right.  I had my previous phone, an LG VX8300, for almost four years because I couldn’t find a phone as durable and dependable.

The Verdict of the Casio Brigade

Until today I have not seen a phone with a QWERTY board for texting that would last me through a week.  Touch screens are popular, but not very durable for those of us who like to ruff it up a little.  They also usually have tiny keys not fit for my fat fingers.  Not so in the case of the Brigade. When I found this one I was finally impressed enough to buy it.